In a recent hackathon at New York University Abu Dhabi, 16 teams of students and mentors (for example from Google, Microsoft Research and NASA) competed for fame and prizes. Full title of the event was “2013 NYUAD International Hackathon for Social Good in the Arab World”, and the goal was to design, implement and release a product in just three days.

The team than tied for third place created a product called Landmarkr, which is “a website providing landmark cues for navigation”. Oleg Grishin from the Landmarkr team describes the project: "The idea behind Landmarkr is that in the Middle East there is a big issue with navigation within cities: the address systems are usually terrible (almost non-existent). In addition, the taxi drivers do not usually know the city they work in and in order to get somewhere you need to explain nearest landmarks to the drivers and only then they can find your destination. That is one of the possible implications of the project."

The team used our Landmark API to get high-quality geo data for this task. They were able to get started with the free example key from our Landmark API documentation, but also contacted us and received their personal key to handle more traffic. The team also used Google's Places API, but for a different purpose. As Oleg puts it: "[Gecko’s Landmark API] suited us more due to its nature of being a purely landmarks-oriented API, while Google Places focuses more on aggregating more general places' geodata." 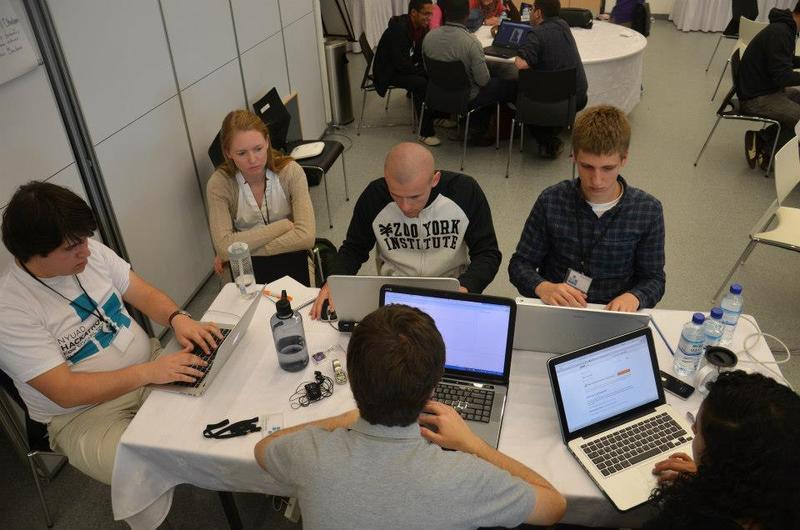 The Landmarkr project has not yet launched publicly, but Oleg says that the team is hoping to do that soon. (Update 2013-04-22) A prototype or the Landmarkr service is available at landmarkr.morgante.net/.

More information about the hackathon is available at the NYUAD hackathon site and the NUYAD news release about the results.