Last Friday, we released a new version of Gecko SMS with a lot of major improvements. Unfortunately there was a bug in this version, which caused a Force Close -situation for a few of our users. This has now been analyzed and fixed, and a new version is available in the Android Market.

Most of the time, bugs in Android applications are easy to fix as the system has a built in mechanism for reporting the exact situation of the crash. This was the case now as well: Even when the problem only occurred with the user in certain locations, and thus was not caught in our testing rounds, the reports pinpointed it easily.

So I would like to give a big Thank You to all of our users that have reported this problem. And for everyone using and Android phone: When you get the "Force Close Screen of Death", please consider pressing Report and Send. A developer somewhere thanks you for that. 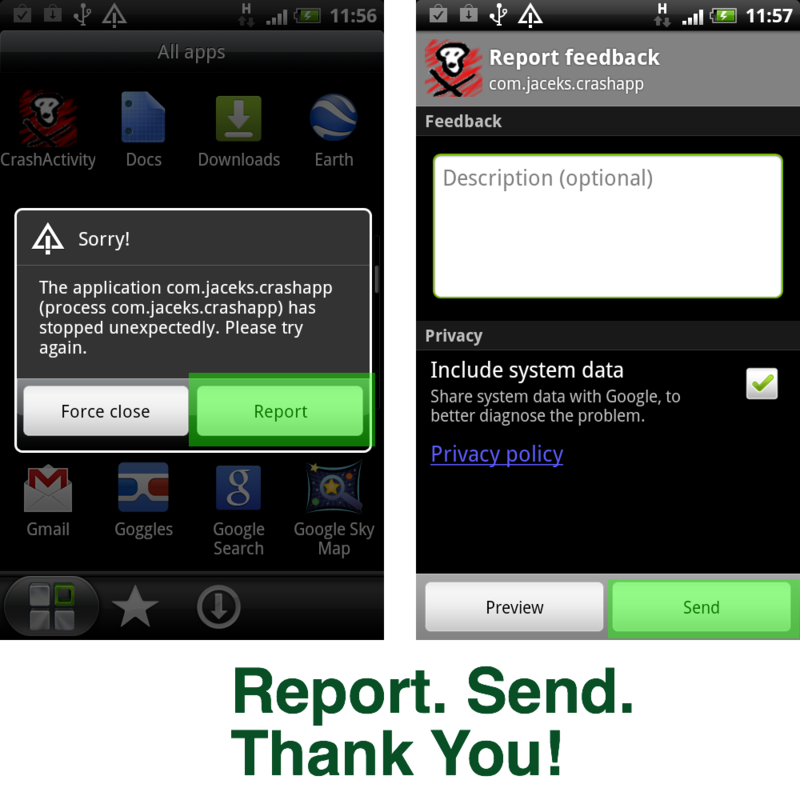 By the way, there is also two landmark related improvements in this new release: