It is expected that a significant market growth in LBS (Location Based Services) business is just a matter of time. But it is still a big open question which concepts and technologies can turn this into significant cash flow in large scale.

The majority of the consumers in emerging markets do not know, instinctively do not want, or are not able to use the existing LBS technologies and concepts for their everyday needs. The existing concepts and technologies are not perceived as “natural” and human oriented solutions. Something is still fundamentally wrong with the alliance of technology, commercialism and LBS solutions. 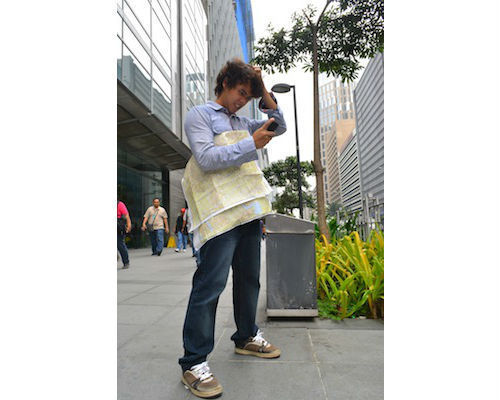 The majority of world population does not understand traditional maps, coordinates, or complicated digital maps. Their spatial understanding and orientation is based solely on local landmarks, especially so in emerging markets!

A new approach and new solutions are badly needed for this market in order to reach the consumers. The biggest amounts of potential LBS users are in developing countries. The future of the LBS business lays on the consumers in emerging markets, their every day needs and technology expectations.

Personally, I believe that the single biggest reason is the "missing link" between the development of technologies and traditional map concept. Computers and mobile phones have evolved very quickly to their own technical, commercial and ergonomic conditions. Simultaneously LBS technologies tried to meet these conditions with same technology-driven evolution, not so much trough the evolution that is based on user experience and their natural capabilities and understanding of locations. Engineers and GIS professionals develop LBS technologies in developed countries but average consumers of emerging markets do not have the same level of understanding of the functional principles and concepts in order to get the best out of the location services and products.

What an average consumer understands and senses on locations, orientation, navigation, and positioning, has developed through the evolution over millions of years. LBS technologies and concepts has been developed during the last 15 years, and everything have been based on almost entirely on traditional maps and their digital visualization and related technologies.

LBS business is trying to get this mapping tradition and its principles into computers and mobile phones by force. This bond is not natural but rather the result of hard rush and commercial and technological pressures led by the missed investments and unmet expectations. LBS business should, in principle, basically go with a "clean slate" with these relatively new technologies and go into principles and concepts that are based on something that consumers all over the world naturally and intuitively understand.

Sure, there have been some success stories which are based on the good old map tradition and technology symbiosis: Garmin, TomTom, Magellan... These companies grew rapidly into global giants, but almost as quickly melted into ordinary mortals, to ordinary companies that operate only in a niche markets. Consumers, after all hype and excitement, did not see that much value at the end of the day in the offerings of these LBS concepts. Consumers want and need something entirely new LBS concepts that sits better in their natural spatial understanding.

LBS business is still looking for “the killer solution” that works globally and provides concept that meet consumers in more human and natural way in order to hit the home run also in significant value creation. However this "missing link" between the human capacity and the technology will be found sooner or later, since LBS business is still sufficiently charged the commercial and technological pressures and its renewal and development pace go faster every year.

Five years from now - a long time in the computer and mobile phone business - we may have only a few global money making LBS-concepts, which may be based on sound, direction, visible environment or landmarks. I am pretty sure that these future LBS concepts are not based on traditional map concept and technologies that rely on it.